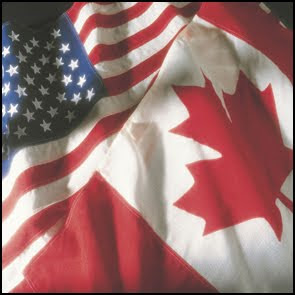 If you asked me a few years ago, the idea of having a baby in Boise, Idaho would have been not only inconceivable but laughable. In fact, it wasn't so long ago that the thought of giving birth in the United States would have been dismissed as crazy. Yet here we are.

You see, even after it became clear that we would be in the US for a few years waiting for Adam to finish Med school, etc. I held out hope that we would have moved to Canada before we would start a family. Not only is Canada my home and where we ultimately want to end up, but I really wanted to raise our kids in Canada's educational system and with their health care, not to mention other things that I value so deeply about the way of life, and thinking there.

Let me make this clear, this is not a criticism of the United States or a political statement, so please do not misinterpret it as such. We will certainly apply for dual citizenship for all our kids and no matter where they are raised, we will do our best to instill a love, respect and pride for BOTH countries.

But I'd be lying if I said it isn't hard for me to realize that this child and perhaps the rest will be born (at least they can run for President of the United States!), and raised here because my fear is that their Canadian heritage will become to them nothing more than "where mom is from." Can we really find a way, no matter where we live, to raise our kids with an ownership of both their countries of citizenship?? Can they be raised in the US and still share Canadian values and ways of thinking or vice verse?

Well of course they can. Ultimately, it's not where you are raised, it's HOW you are raised. I believe that environment and context are very influential indeed, but at the end of the day, it's up to Adam and I and certainly not our country of residence to raise our kids. Moreover, country-specific values are something that we want to rise above and not default to.
Among other things, we desire for our kids to love God, love others, be compassionate, respect all others, seek justice and righteousness, think for themselves, stand strong in their convictions and live lives with character, honesty and integrity. The great burden and responsibility of parenthood is now upon us, and we are humbled by it. It will take hard work, intentionality and most of all, God's great grace - not a specific mailing address or country.
Posted by Sheri at 10:49 AM